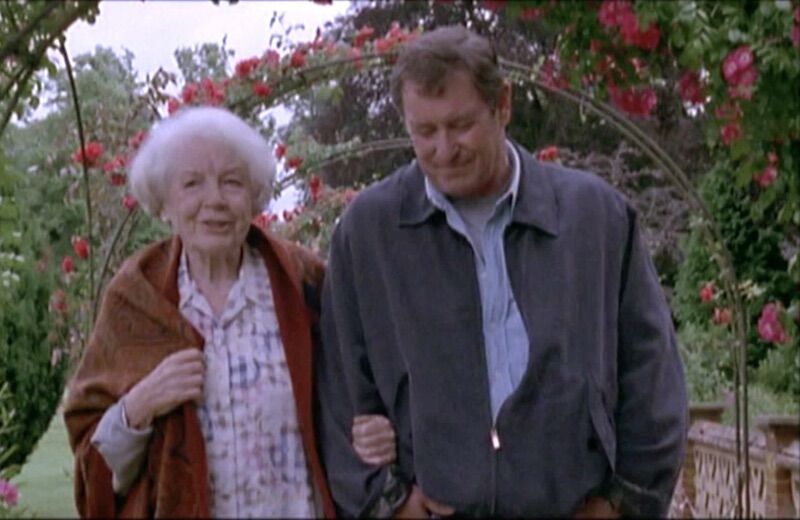 The real star of this episode is the superb vintage Aston Martin car driven by the local GP, Dr. Clive Warnford, who tends to the needs of residents at Lawnside – a care home for the elderly. Tom Barnaby’s aunt is booked into Lawnside for rest and recuperation and becomes concerned about, what seems to be, an unusually high death rate among the residents. After talking to other residents she is convinced that something is not right and contacts Tom who, conveniently, lives nearby.

Although Tom is not convinced that there is a problem he nonetheless makes a few enquiries and things do get a bit murky which leads him and Sgt Troy into a world where elderly people are fearful of recent events and concerned for their own well-being and safety. There is a rumour going around that members of staff, and maybe the doctor, are persuading residents to change their wills and then expediting their demise. Is it a rumour or is there some truth in it? Barnaby investigates.

Stand out character for me is Lawnside resident Williams Smithers, played by Nigel Davenport, who takes the doctor’s Aston Martin for a joyride – with unfortunate, but hilarious, consequences. This is a light-hearted episode in many ways, with plenty of red herrings, and even a little sado-masichistic sex, thrown in for good measure. Great fun!

Writer/Screenplay: Anthony Horowitz based on characters by Caroline Graham